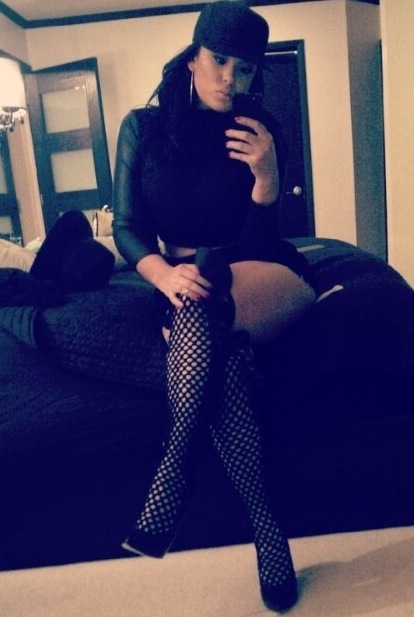 If you’ve ever tuned in to the original Love & Hip Hop: New York then you know how beat Fabolous’ girlfriend Emily B. was on a daily basis. Given her knack for fashion, she recently had the opportunity to collaborate with popular shoe company ZigiNY to design and release her own shoe line, “Emily B.”.

The collection is inspired by Emily’s personal style and features sky-high heels, gold chains, thigh-high boots and platforms. With so many “designers” basically carbon-copying each other’s style, Emily insists that her shoe line will be fresh and original. In an interview with Necole Bitchie, she said “my line will not be a knockoff of anything else. That was important to me, I didn’t want to do a line that was like something else or an image of something else. I wanted to do something from scratch, so what I did was took something I loved from each one  of my shoes and made a collection of my own.” (Read more:  Necole Bitchie.com: Exclusive: Emily B Talks New Shoe Line With ZigiNY)

The line launched in November 2013 and is available through several shops and boutiques online, as well as in physical stores. Three designs have been released so far: Imperial, Legend, and Lyndy.

We’re seeing a common theme with the color palette, as all these styles come in both black and nude, but we hope to see some color for the spring. They’re a bit on the pricey side (the Legend boot retails at $450), but if you have the cash to splurge, it would be worth the investment. Nonetheless, we LOVE what she’s done so far and we’re sure she’ll come through with whatever she puts out next.